Disclaimer: This blog may contain affiliate links, which means I may receive a commission if you click a link and purchase something within this site. As an Amazon Associate I earn from qualifying purchases.

Grow your own edibles!

...Or as some of them backward hillbillies or good ol' farmers with loads of experience may say, "I grow my own food and that there stuff is very edible to us folks. It taste better than that 'er store-bought crap they be sellin' at our local market."
No matter what dialect you speak, the fact is, home-grown is simply better.

I bet the old farmer depicted below, knows all about it: 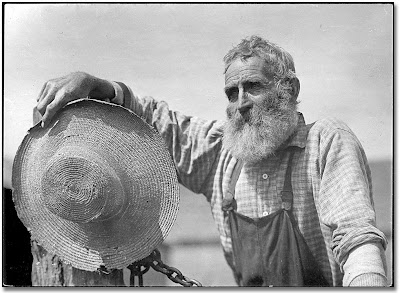 I would have entitled this post, "Grow your own food!" but I realized after doing a quick web search, that the term 'food' is way too commonly used in blog titles. By the way, I wonder if most of these folks of today even know what real food is? At any rate, I went with, "Grow your own edibles!" for obvious reasons to be named later.

I recently went to my first Real Estate auction. A lot of the people there were older, frugal, thrifty, and mainly looking for some steals, bargains, and great deals on the small junk that is often found at auctions. Anyway, that's not the point. While I was there, I got to talking to one of the older fellows who had been around for quite a while. He was going on about how food isn't the same anymore and how a lot of things are tasteless and/or doesn't taste like it should. I totally agreed with him, and mentioned how the only way you can have "real" food anymore that you know hasn't been injected with chemicals/hormones or grown in poor conditions due to mass production, is to raise it yourself.

It is a very simple concept, but I really think that many people (especially the new generation) don't realize just how poor a lot of the food found in the grocery stores & markets really is. Hell, some of it is barely edible - if that!

I understand that some people just don't have the land to raise enough food, but use what ya got! If you're lazy or short for space, help support local farmers around you, and offer to buy some of their crop. I'd say that the majority of people can at least put out a small garden. Don't bomb your crop with pesticides & poisons, either. You want it to be organic, and you're in full control when it comes to what goes into the soil, while growing your own edibles.

I hate looking at the content labels on food products, while shopping in a grocery store, as I get the joy of reading all of these crazy words that are hard to pronounce. I'm often thinking to myself, "They put all that in there? What in the hell is that? How do you say that chemical, oops, I mean word?" It is insane, with all the preservatives, artificial colors, chemicals, tenderizers, hormones, and other junk that they put in your food - that you would not normally consume if things were up to you or if you had full control. Like I've said many times to other people, it is not the food that is killing people, it is all the crap they put in it!

When I say "grow your own edibles," this isn't limited to small or large gardens. If you got the room, raise livestock as well. For example, I know rabbits & chickens are easy to raise, cheap to feed, and don't take up much room. I don't have the experience to tell you how difficult it is to raise hogs & cows, but I know that you'll need a lot of land to raise bovine.  If you can fence-in your yard, perhaps goats may also be an option. Then again, if you're lazy or don't have the land space, support your local farmer. It is not that hard to find someone local who raises their own meat. Make an offer and you may get a good deal. (Remember, you can freeze this stuff, so buy in bulk if the discount is good.) Even if you pay a decent amount of cash, you'll still most likely get a bargain when buying in bulk and, either way, you'll know (find out how they are raised first) that you're getting quality organic meat without all the harmful additives.

Kill or catch your own edibles: Small & big game hunters also reap rewards by making fresh kills. This is great, if you like eating rabbits, squirrels, doves, quail, deer, etc. If you enjoy consuming fish, get motivated and try to catch your own, that is, if you can find a clean pond or a water source that isn't polluted. I usually just take the easy way out and buy pond-raised fish.

Another health benefit: All of these things, whether it is growing, killing, or catching your own edibles, does require effort. Well guess what? It is also fun! A lot of people may be surprised, when they put their computer down along with their silly electronic gadgets, at how much more there is to life than senseless contraptions. Plus, most people could use some exercise! Today's world, for the most part, seems to be shifting into Cyber mode while people are letting their selves be dominated by mindless machines. Have we entered into the Man versus Machines mode? Well, it is your life, so you make the call...

A Must-Have for Raising your own Food: 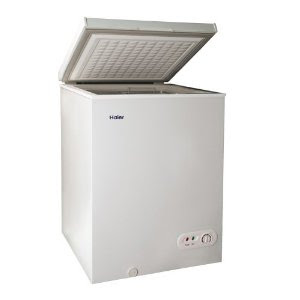 
Remember: The more independent a person can become, the better.
---End of Post "Grow your own edibles!"
Posted by Obscurely Diverse at 1:24 AM