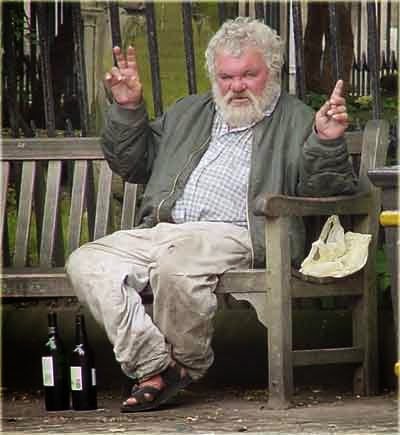 Instead of the usual negative posts you read about alcohol from the Internet, I thought I'd change it up a bit and actually write something good about alcohol. I've known about this for a long while, but drinking booze just before a meal actually helps combat food poisoning. Now, don't go out and try to get food poisoning just to test this theory; ha! I'm not sure what the current research says about why this is true, but in the past it had something to do with alcohol breaking down the cellular membranes of certain types of bacteria and whatnot, that would then allow your stomach acid to kill the rest of it. Research has also demonstrated the ability of alcohol to kill salmonella, shigella and E-coli in the laboratory. One would have to drink a few drinks, though, and just sipping on a couple of light beers would most likely not be enough.

The research for the effects of alcohol being able to combat food poisoning most likely spawned from large crowds of people at restaurants that had an outbreak of food poisoning. People began to notice that the ones drinking alcohol prior to the poisoned food, were less likely to become ill. This is easily witnessed when everybody at the table is eating the same food, with the only variable being alcohol. You can check online for more resources, if you like. I didn't check for additional sources because this is a well-established fact. The first page I read the other day that was related to this subject, is located here: www2.potsdam.edu/alcohol/HealthIssues/1110384069.html [link is no longer active]

If you'd rather read about the health benefits of beer & alcohol, go here:
perpendicularity.org/blog/2010/05/04/health-benefits-of-beer-alcohol-cheers/