Iodine vs. Bromine, Chlorine, and Fluoride 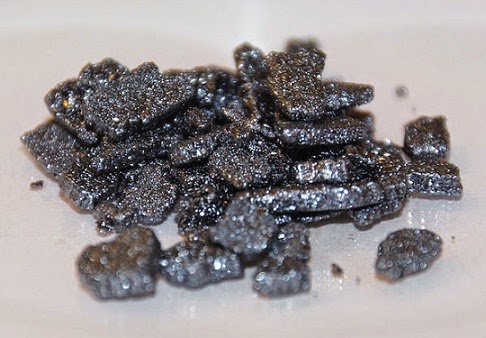 Some of you may be aware of the growing iodine deficiency that is starting to unknowingly plague many people, once again. Iodine plays a major role in the human body, especially the thyroid gland. In fact, many studies now link an iodine deficiency to breast and thyroid cancer (including other types) along with other disruptions in the body, since iodine acts as an adaptogen, which basically means it helps regulate and normalize various functions throughout the body. Iodine also has a nutritional relationship with selenium. Its importance to the thyroid gland was one of the major reasons why iodine was being added to certain foods and to some of our salt supply, many years ago. However, going by what I've read, the food industry decided to remove iodine from baked goods and replaced it with bromine, over 4 decades ago!

The problem with this, is that not only does bromine replace the much-needed iodine in certain foods, it also blocks and/or makes it even more difficult for the body to absorb iodine. For example, bromine binds to the thyroid gland's receptors for iodine, which hinders the activity of iodine in the thyroid gland itself - and it does this quite effectively, to say the least.

Bromine is not the only enemy for iodine, either, as chlorine and fluoride also have negative effects when concerning this valuable nutrient we call iodine. Some may say that it's an ongoing conspiracy to damage the health of the people at large, but let's not get into that crazy stuff right now. I'm simply posting about iodine because many folks are not aware how, for one, they may not be getting enough and, two, how bromine, chlorine and fluoride blocks and/or affects how your body uses iodine. With that being said, one can actually consume what would normally be enough iodine, but if you eat a lot of baked goods with bromine, for example, or ingest too much fluorine and chlorine, you may actually still be deficient - depending on the degree of these other outside factors.

Instead of me preaching about the health-related factoids at hand, and how or why this may have a big impact on overall health, I'll just provide a few resource links below. What I will do, though, is list a few natural sources of iodine, in case you are trying to avoid taking supplements. Seafood is an excellent source, by the way, but not everybody likes seafood for some reason. When listing plant sources that spawn from the ground, it is a bit harder to accurately determine the iodine content because it really depends on the quality of the soils being used to grow such things.

At any rate, the most common (natural) sources of iodine come from seafood of all types - especially cold-water fish like Cod/Pollock/Tuna and shrimp, etc. Seaweed is an excellent source of iodine, too. Depending on the animal feed, iodine can often be found at respectable amounts in milk and other dairy products like cheese. Chicken eggs can also contain a decent amount of iodine. Potatoes (skin included) are also a good source and even corn has a fair amount. Many of the green leafy vegetables and various types of fruit can all have trace amounts, but there again, we get back into the "how much bromine, chlorine and fluoride do you ingest?" type of query if you are only getting small amounts of iodine.

To further your reading:
* beforeitsnews.com/health/2011/12/iodine-vs-bromine-what-they-are-not-telling-you-1467639.html
* www.rumormillnews.com/cgi-bin/archive.cgi?noframes%3Aread=146203 [link is no longer active]

---End of Post "Iodine vs. Bromine, Chlorine, and Fluoride"
Posted by Obscurely Diverse at 2:41 PM