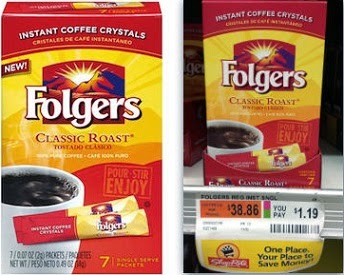 I still remember several years ago when there was this big "health benefits of coffee" craze going around. While it is true, back then they were mainly promoting some effect it has on the liver and how it can help prevent alcoholic cirrhosis. Coffee also has cognitive benefits within reason and its antioxidant properties are generally what it is mostly touted for, nowadays. Speaking of that, a fairly recent study (maybe 3 or 4 years ago) found that this beloved beverage contains a compound with anti-cancer properties, called methylpyridinium. Yeah, don't you just love all of those cool names that are hard to spell? Anyway, it isn't found in any other food or drink and it isn't even found in raw coffee beans. Methylpyridinium is formed from trigonelline - during the roasting process. That particular study was from the Medical University of Vienna albeit I don't know what year it was exactly.

Anyway, with that being said, I've always wondered if Instant Coffee has the same benefits. Over the last couple of years I have searched for some studies that says otherwise, but time after time, it really seems that coffee is still, uh, coffee. I mean, instant or perked from fresh coffee beans, they all seem to have health benefits; cheers!

Side Note: It was funny a few years ago, when I seen some college kid in a Supermarket while I was out shopping late at night. He was trying to find something to keep him awake. He said, "dang, nobody sells coffee around here this time of night." I told him, "hey, just buy some instant coffee; it is basically the same thing." The guy said, "instant coffee? What? I have never heard of instant coffee before. Show me where I can find some." I couldn't believe that he never heard of it, but he was serious nonetheless... LOL!